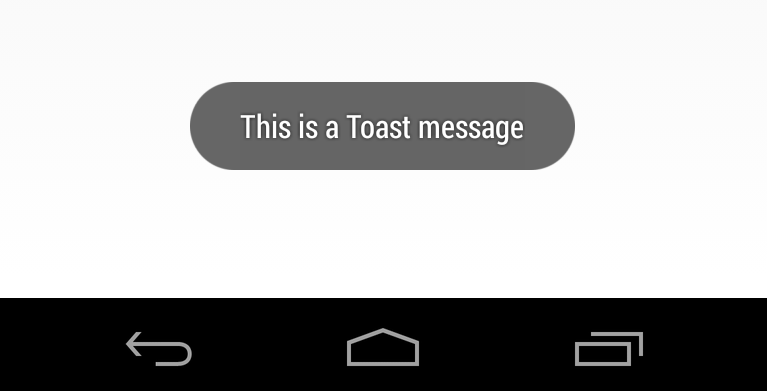 “Every problem is a gift — without problems, we would not grow.” ― Anthony Robbins

When we have to display information for a short span of time in Android, we use Toast. Here are some key features:

1) It provides simple feedback about an operation in a small popup.

2) It is a view containing a quick little message for the user.

3)It only fills the amount of space required for the message and the current activity remains visible and interactive.

Recently, I started getting a major number of crashes for Toast#handleShow() on Crashlytics.

Here are the logs:

Before the analysis, it’s important for you to know about WindowManager.BadTokenException.

Exception that is thrown when trying to add view whose LayoutParams LayoutParams#token is invalid.

Lets, Look at the WindowManagerService.java file. 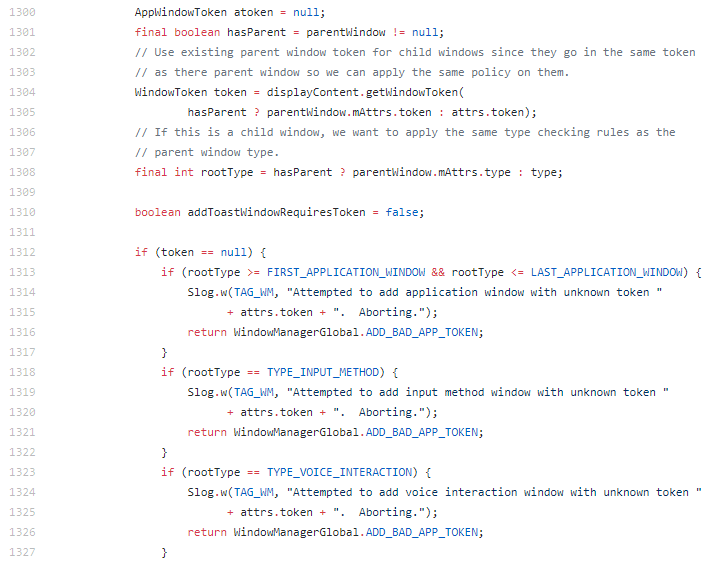 WindowManagerService (WMS) is a system service that manages the windows on Android.

And the code that throws “BadTokenException” :

If returned the WindowManagerGlobal.ADD_BAD_APP_TOKEN, the exception occurs when the WMS.addWindow () function is called to check whether the window to be added is not in violation of the policy according to the android window policy.

So now, after all, my research and analysis on BadTokenException, what I noticed about all the crashes there on Crashltyics:

I compared the API level 25 Toast class and others for the difference and I found an interesting thing there:

From API 25, Android added a new param IBinder windowToken for Toast#handleShow(), and It brought an exception. 😪

Let me show you the code: 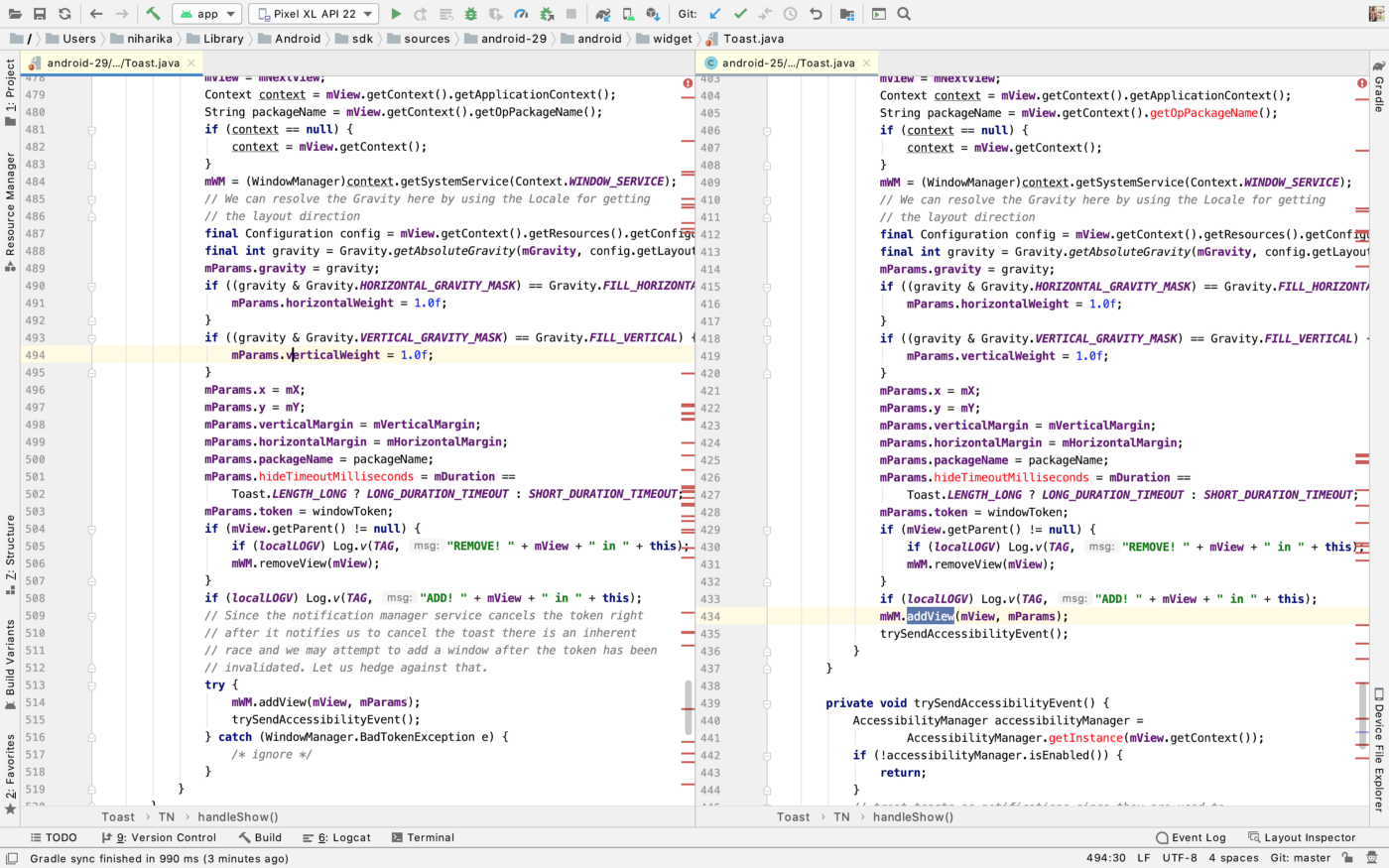 As you can see here, they try-catch the mWM.addView(mView, mParams)

Since the notification manager service cancels the token right after it notifies us to cancel the toast there is an inherent race and we may attempt to add a window after the token has been invalidated. Let us hedge against that.

However, API level 25 is still at risk. We had to capture it on our own else it would have continued to produce an exception for the users.

This exception occurs regardless of whether the Context you passed to Toast is an Activity or ApplicationContext or Service. And you can not try-catch it.

So I created a library that possesses a ToastHandler class which is responsible for showing Toast smoothly on all API versions and replaced the base Context to a ToastContextWrapper, it will hook the WindowManagerWrapper.addView(view, params) method and fix the exception.

You just need to add this in your app/build.gradle:

Now, you are all good to use your Toast :

Also, If you forget to use it, Let the Android Lint help you :-)

Here’s a small GIF showing how this will look in the IDE.

Please refer the demo for usage.

You can find the source code here.